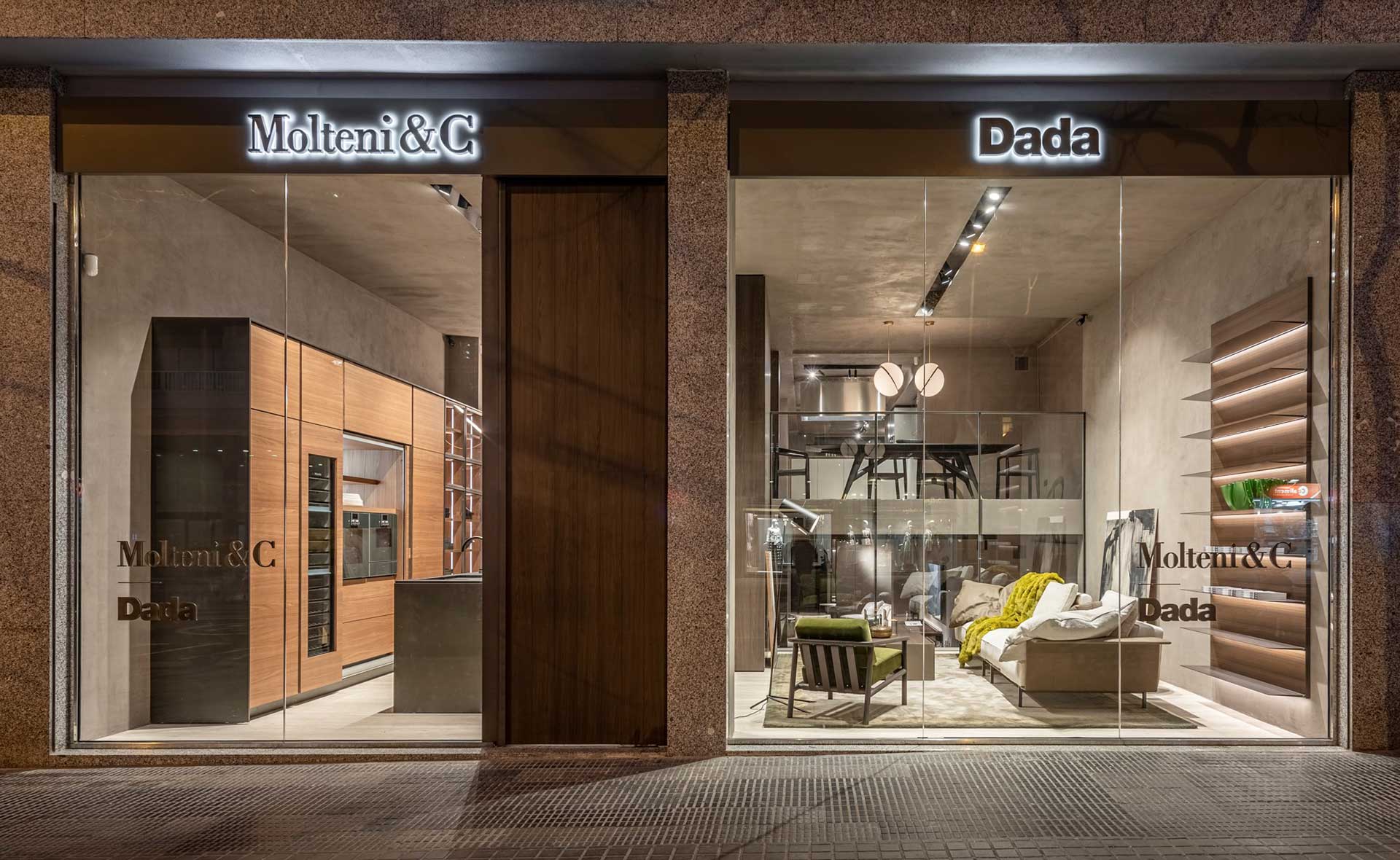 The new Flagship Store from the firm Molteni & C I Dada in Barcelona is a work commissioned from our studio, interpreting the concept of flagship store, designed by famous artistic director and architect of Molteni & Dada, Vincent Van Duysen.
The space of over 400 square metres with two large front windows is situated in the residential district of Sarrià-Sant Gervasi, an area highly valued by the major decorating and furniture brands, providing guests with the

opportunity to experience a sequence of suggestive scenarios.
The concept of flagship is to generate intertwined environments within a commercial space, as if it was a house. The feelings that the visitor has are completely different from the concept of a classic furniture exhibition.
Travertine, grey stucco, metal, and wood are the architectural elements that act as the common theme of the project
and provide balance between them.
A characteristic of the flagship Barcelona store are the concrete ceilings that provide a somewhat industrial atmosphere that we could label as a “Barcelona brand”.
The corporate image, well cared for and studied, and the concept of the Molteni & C. I Dada Flagship Store are reflected both in this project in Barcelona and in each of the firm’s flagship stores distributed across the world.
The interior design and decorating have also been carried out by Ferruz Studio.
In Barcelona, we decided to mix pieces from great 20th-century designers such as Gio Ponti, Jean Nouvelle, Werner Blaser Afra, and Tobia Scarpa, which form part of the Heritage collection.
The store also has three Dada kitchens by the Molteni group, one of which is the Checkers by Armani, sold exclusively in Spain.