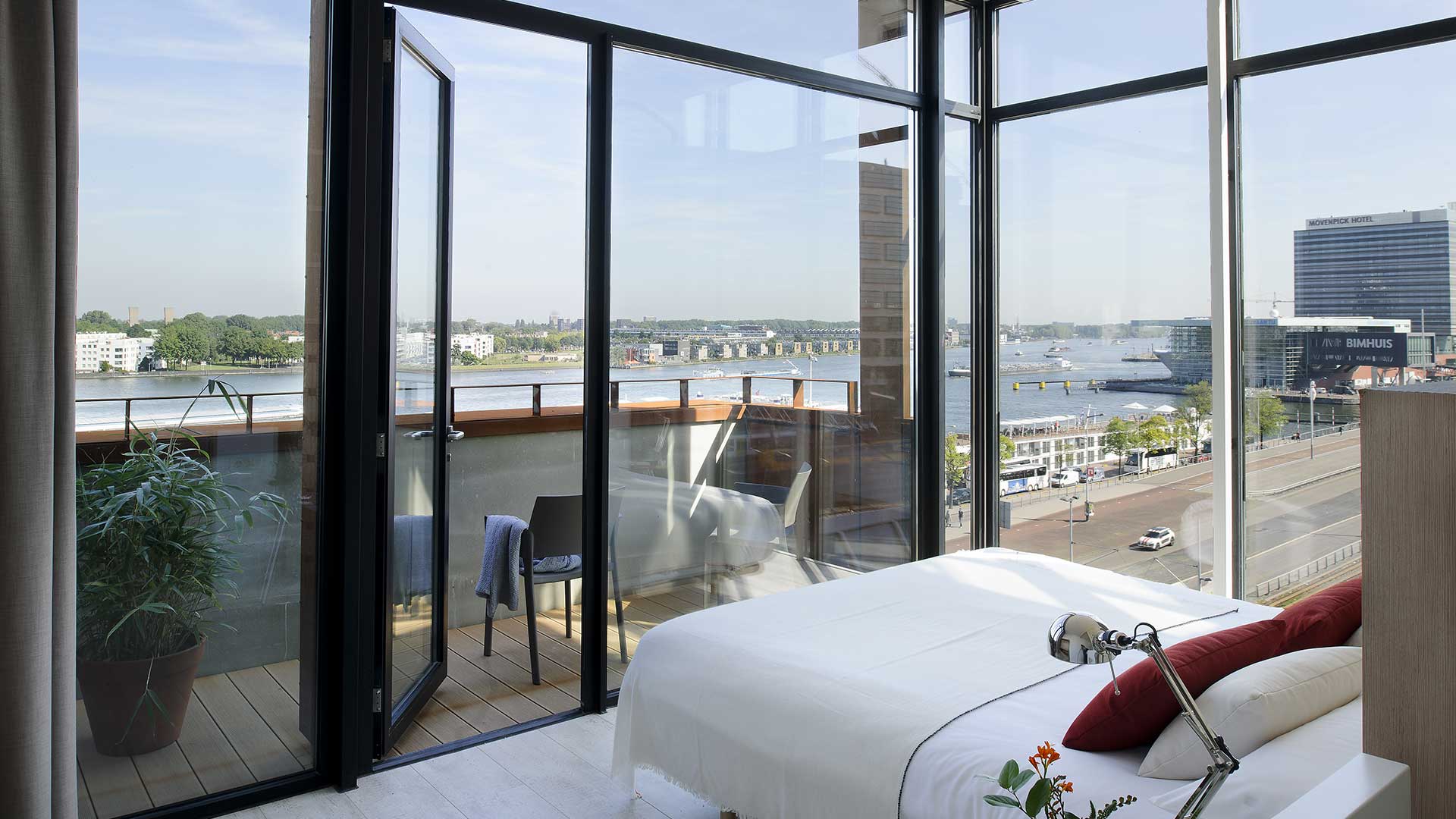 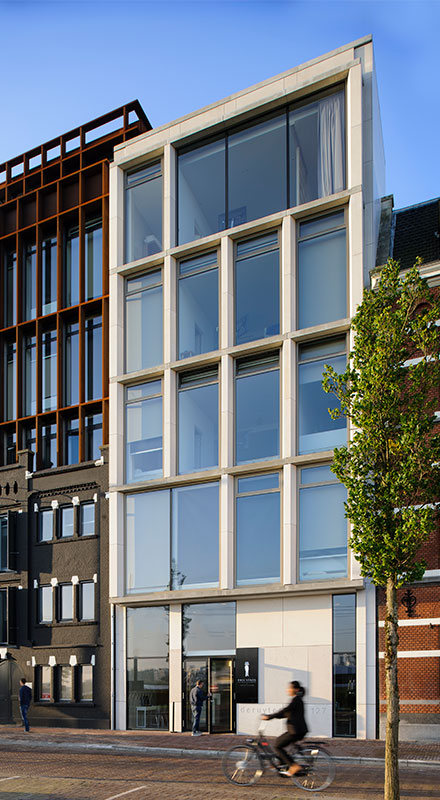 These tourist apartments form part of the Eric Vökel chain of boutique apartments that are situated in the main European cities: Barcelona, Copenhagen, Hamburg, Amsterdam, and Madrid. Each one conveys the essence of their city. Their slogan is:
The essence of Nordic design with Mediterranean soul.
The founder’s main goal is that the customers feel at home, that they are entering a private space.
The tourist apartments in Amsterdam are situated in front of the canal and next to the central station, one of the façades faces the canal and the other faces the station. The building is half new

build and half refurbished, which shows the mix between an old and new building.

The floors are in bleached oak wood.
When Eric Vökel travelled to Barcelona for the first time, he was inspired by the city’s architecture and told us how much architectural details surprise him, such as the hydraulic pavements that we took and placed as headboards for the beds. Each of them uses different patterns of this famous tile that originated in Barcelona at the end of the
20th century.
The living room of each apartment has a coloured image of a characteristic place in their city, which a local graffiti artist tuned to give it an artistic and contemporary value. The other walls are coated in vinyl.
The kitchens are open spaces to the living rooms and are very practical, an exclusive design for Erik Vökel made of Brandy oak wood.

The reception is a large space of concrete and brick painted in white that contrasts with the warmth provided by the apartments.